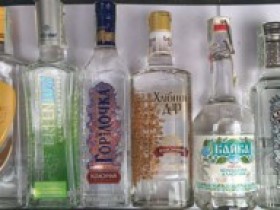 How Ukrainian vodka is protected against counterfeiting.

It's no secret that in our country the sales of counterfeit vodka account for hundreds of millions of dollars. News feeds are full of reports about the closed sweatshops, but it is clear that this is only the tip of the iceberg. The Governor of the Luhansk region even announced that the unrecognized LPR has factories for the production of counterfeit alcohol to be further distributed to the Ukrainian market. The "diluters" manage to make products, which look very similar to the genuine ones, which ultimately harms not only the health of consumers, but also causes serious damages to legal vodka factories. Naturally, this situation creates a concern for the latter, so "white" producers take mega-efforts to protect their products, in particular, use sophisticated dispensers, frilly bottles, and their labels are comparable to banknotes by protection degree.

The specialists of the Institute of Consumer Expertise from the capital city have decided to check out what kind of alcoholic brands are protected best, and at the same time to check the quality of beverages. The study included classical vodka of the most popular manufacturers. The program also involved a Ukrainian Research Institute of Alcohol and Ukrmetrteststandart.

The test covered five samples of the most popular brands, namely "Medoff", "Green day", "Kozatska Rada", "Gorіlochka", "Bayka" and "Khlibnyi Dar." All the tested products were bought in the Kyiv retail network.

The experts have primarily focused on assessment of security against counterfeiting of vodka. The other parameters scored included organoleptic (taste, color, smell, flavor), physical and chemical parameters (hardness, content of aldehydes, fusel oils and methyl alcohol). Also, the availability of the text information required by the consumer was noted. Besides, the tasting by a professional taste panel, as well as probands, i.e. ordinary consumers, was conducted.

Vodka is one of the few products of Ukrainian origin, which has an almost ideal combination of packaging and labeling. The labels contain all information required by the consumer, including the vodka composition, alcohol type, etc. As regards protection against counterfeiting, it is high-end, too. The bottles are equipped with dispensers, contain thermal signs, and the labels are made with the highest printing quality and protective coats. However, every rule has its exceptions. For example, "Kozatska Rada" and "Gorіlochka" has a simpler dispenser, while "Bayka" has a hinged stopper, which makes it difficult to forge it, but easier to reuse. "Green day" and "Khlibnyi Dar" are equipped better than competitors. They have more sophisticated dispensers and original caps.

However, "Medoff" protection has exceeded all conceivable canons. First, the bottle is equipped with an original cap, preventing the reuse. After opening the bottle, a red ring appears around the "neck", and inside the vessel falls a "tongue" with "Medoff" brand emblem. Besides, the manufacturer also came up with a creative idea. The label is not a single piece, like all the rest, but a two-piece, which greatly complicates counterfeiting, and looks quite aesthetically pleasing in terms of design.

The experts saw such a technology for the first time, and agreed unanimously in their opinion that it is impossible to counterfeit "Medoff", for what this drink was encouraged was additional scores during the test.

"White" vodka is subdivided into two categories, classical and special. Vodka is treated with an adsorbent (activated carbon) and filtered. The liquid should be transparent, without sediments and visible impurities.

In the laboratory, the specialists have checked first the physical and chemical properties of the test samples, namely, the hardness, as well as the content of fusel oils and aldehydes. The hardness of all participants was identical to the one stated on the label, 40%. Fusel oils, despite the fact that they are widely used in food and perfume industry, are very unwelcome in alcoholic drinks. They spoil the taste, and result in adverse syndromes in the morning. Aldehydes are harmful, too. If they are many, the beverage acquires a bitter and pungent smell. Fortunately, all tested samples have passed the test well. None of the samples exceeded the permissible levels. All of them fit in the standard.

Another important testing phase is organoleptic tests. The tasting was held blinded (the experts have not seen what kind of vodka brand they try) in three stages. Such a complex process of the organoleptic ranking is determined by its extreme importance for the study as a whole and its objectivity. Therefore, vodka was tasted by ordinary consumers (probands), as well as two mutually independent professional expert taster panels.

The scores were assigned according to a 10-point scale. On the basis of tasting, the arithmetic mean value for each represented vodka was calculated. As a result, the highest number of total points was scored by "Medoff Classic." The tasters noted its softness, which, coupled with an unprecedented protection against counterfeiting, makes this brand the market leader. The other test participants were also rated high, which once again confirms the excellent quality of Ukrainian vodka. 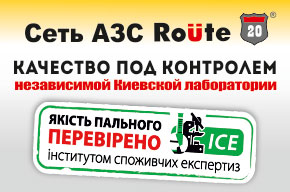 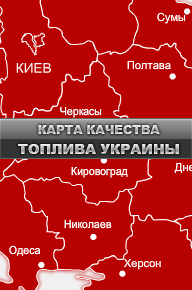